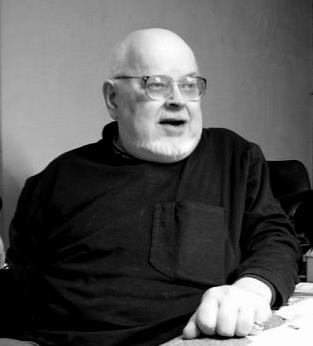 Muhammad Abd-al-Rahman Barker was professor of Urdu and South Asian Studies and Chair of the Department of South Asian Studies at the University of Minnesota. Professor Barker created one of the first roleplaying games, Empire of the Petal Throne, and authored several fantasy / science fantasy novels based in his associated world setting of Tékumel.

Professor M.A.R. Barker devoted over 50 years to creating the World of Tékumel, developing it into a vivid science-fantasy setting with rich backgrounds and unique cultural identities. Inspired not only by the pulp SF and fantasy of the mid-20th century, but also by the rich civilisations of Moghul India, Ancient Egypt and he Aztecs, Tékumel sets the stage for a role-playing experience unlike any other.

While Professor Barker’s contributions to the tabletop roleplaying world are significant, another aspect of his legacy must also be addressed. Professor Barker also wrote an anti-Semitic novel published under a pseudonym in 1991. He was also affiliated with a Holocaust-denial periodical which ceased publication in 2002. The Tekumel Foundation rejects and repudiates all of the anti-Semitic activity with which Professor Barker was involved.

All of the proceeds from sales of Tekumel-related material go to the Foundation and its work, and not to any racist or anti-Semitic organizations or causes, in any way, shape, or form. A portion of the Foundation’s sales are donated to Jewish Community Relations Council and Holocaust educational organizations.
‍